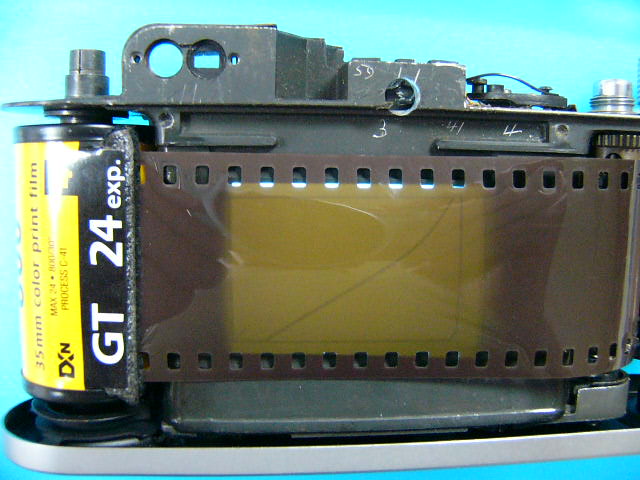 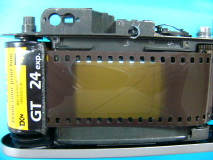 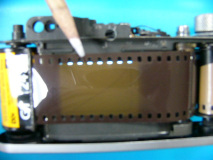 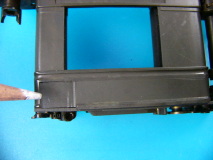 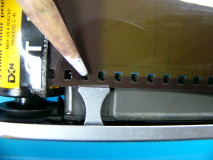 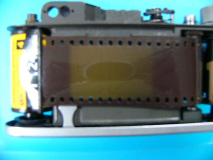 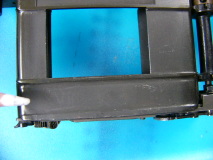 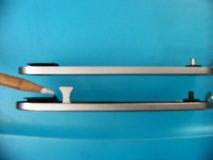 Early Leica Screwmount Cameras have this problem from the film slightly falling down in camera (gravity) exposing the top film perforations as seen in photos. About 1/2 way through the lllf production Leitz added a film tab on the inside of their baseplate to keep the film from falling down. Cameras that can take the new style baseplate have a keyway milled out to accept the baseplate tab. I can mill out a keyway in the earlier Leica S.M. camera so the new style baseplate (only lllc & lllf models) can be used. Since the negatives are up-side-down & backwards, the film perforation error is seen on the bottom of the photos as seen in one of Robert Cappa's photo. Moving the Arrow over this photo enlarges it.