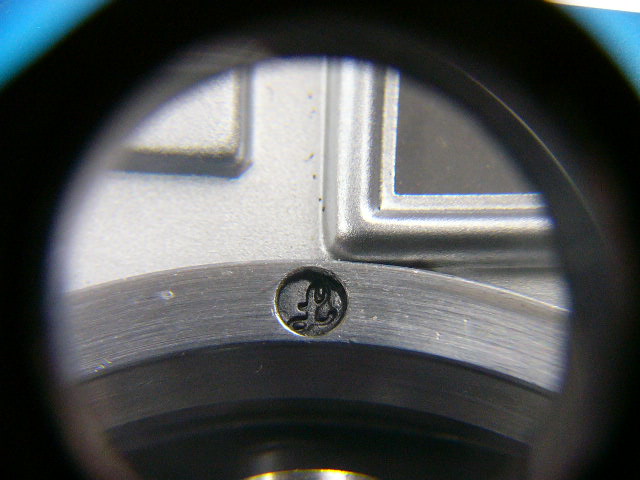 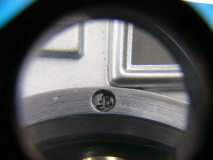 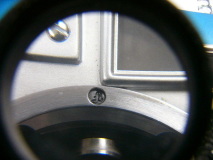 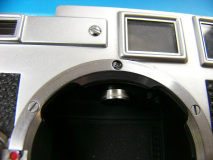 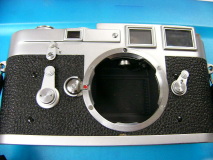 Here's an example of a Leica M3 camera that was repaired at the Leitz Factory. When the Leica M3 camera was made a wax seal over the 12:00 flange screw was embossed with a convex script "L" for Leitz. And if the camera came back to the Leitz Factory for repair another wax seal would be embossed over the 12"00 flange screw, however this time because it came in for repair, the seal would be a concave script "L" as seen in photos. Leitz stopped sealing their cameras in the 1980s.